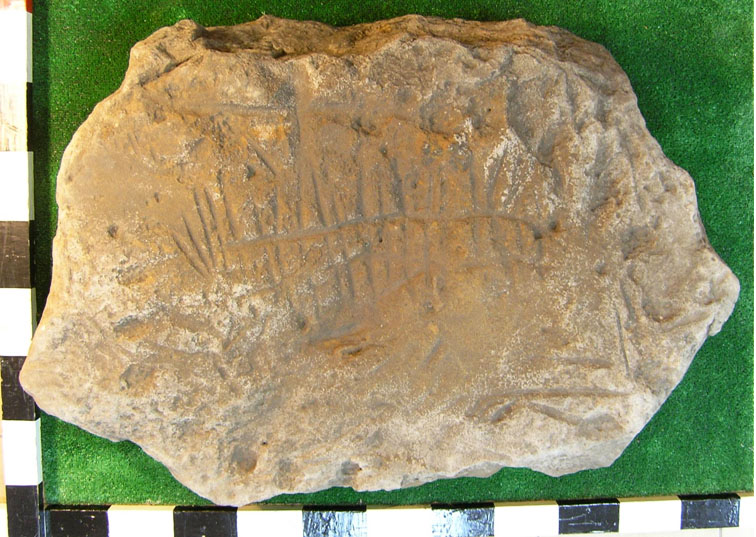 (Larisa Vodolazhskaya)
ROSTOV OBLAST, RUSSIA—A carved slab discovered in a Bronze Age burial mound in the Ukraine is said to be the oldest sundial of its kind ever found. Larisa Vodolazhskaya of Russia’s Southern Federal University analyzed markings on both sides of the stone and found that the elliptical pattern on one side is consistent with an analemmatic sundial that could keep time in half-hour increments. “The [markings] are made for the geographic latitude at which the sundials were found,” she said. The 3,000-year-old sundial would have been adjusted to the changing position of the sun every day, requiring a sophisticated understanding of geometry by the people of the Srubnaya culture. The other side of the stone is carved with two sundials, one of which would not have kept time.