Life on the Frontier - The first Roman settlement at the site of Vindolanda was built between A.D. 74

Life on the Frontier - The first Roman settlement at the site of Vindolanda was built between A.D. 74

Life on the Frontier 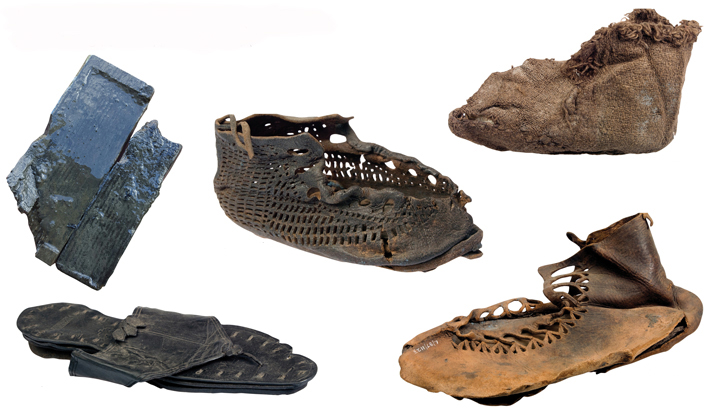 The first Roman settlement at the site of Vindolanda was built between A.D. 74 and 85 just a mile south of where Hadrian’s Wall would be constructed decades later. Vindolanda would remain vital to the frontier system over the next three centuries, during which a total of nine forts would be constructed, and hundreds of thousands of soldiers, men, women, and children passed through the fort and extramural town, or vicus, associated with it. Since 1929, when the first modern excavations of Vindolanda began, the site has provided archaeologists with the best evidence of how these varied inhabitants of the frontier lived.

What makes Vindolanda exceptional among frontier sites is the access it provides to information about daily life, thanks to an extraordinary level of preservation and decades of careful excavation, explains archaeologist Andrew Birley. “The biggest thing we can do here is to connect where people lived with their discard sites,” he says. This allows archaeologists to track individuals around the site, see how they used certain spaces, and map out all the artifacts associated with them. Birley says, “We have a context for everything, which is key. All the artifacts are surrounded by a supporting cast of materials. For example, if you are looking at the commander’s house, you don’t just have the house, but also the whole family’s shoes.” In fact, more than 6,500 discarded shoes have been found at Vindolanda—though there are only two complete pairs. “Roman leather is like plastic. They use it until they can’t fix it anymore, and then do everything they can to get rid of it. But in these anaerobic conditions, it survives for millennia,” says Birley. “The shoes allow us to do some very cool things, such as deconstruct the myth that the Roman army was an entirely male world. Just like the modern army, the fighting soldier is actually in the minority. When we find a child’s shoe, for example, it’s another nail in the coffin of the male preserve.”

But the most distinctive artifacts to have been discovered at Vindolanda are the more than 2,000 writing tablets—written in ink on wood or, much less commonly, scratched with a stylus into sheets of wax on wooden backings—that tell the story of the site, and indeed of the Roman army in Britain, in a remarkable way. The tablets contain records of business transactions, one of which mentions the “awful” state of the Roman roads, personal letters home asking for socks, shoes, and underwear, and an invitation to the commander’s wife to attend a birthday party, which is thought to be the earliest example of a woman’s hand in Britain. “It’s no longer enough to say you have a Roman fort with a Roman army because then all you are doing is painting everyone with the same big brush and smearing everyone with the same paint,” says Birley. “We want to see the characters, the individuals, and the communities, because this is what makes up the full, richer picture.”