Pagan god 'caught' in river by fisherman confirmed as being up to 4,200 years old and 'unique'

Pagan god 'caught' in river by fisherman confirmed as being up to 4,200 years old and 'unique'

By The Siberian Times reporter
16 September 2016
Likely from the Okunev culture, might this mysterious ancient figurine with the angry face be a children's 'rattle', to ward off evil spirits? 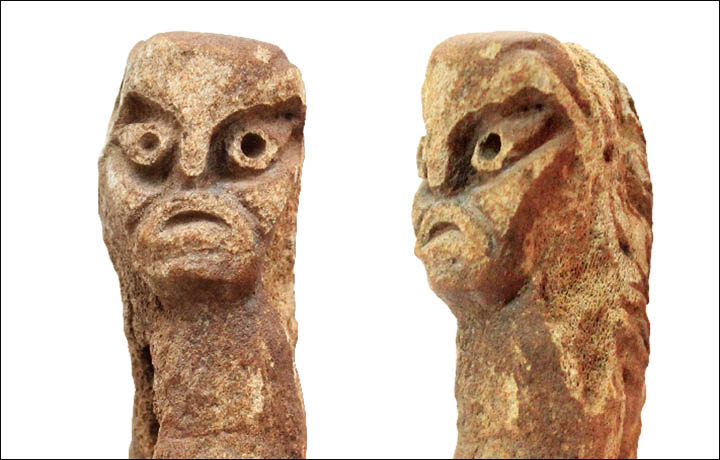 'We can say that this figurine is unique, as nothing identical has been found so far. Picture: Pavel German & Vladimir Bobrov


The 'very distinctive expression of ferocity and rage' never seen before among ancient Siberian statuettes, say experts.
Fisherman Nikolay Tarasov, 55, made the remarkable Bronze Age 'catch' when he dipped his net in the Dudet River near his home in Tisul, Kemerovo region, on a fishing expedition for tench and carp.
Instead of a fish, he netted a strangely shaped stone - a fossilised figurine - the catch of a lifetime. 'I was about to throw it back in the water - but at the last second I looked at it more closely,' he said.
'And I saw a face. I stopped and washed the thing in the river - and realised it wasn't a stone of an unusual shape, as I thought earlier - but a statuette.'
It has almond shaped eyes, a large mouth with full lips, and a ferocious facial expression. 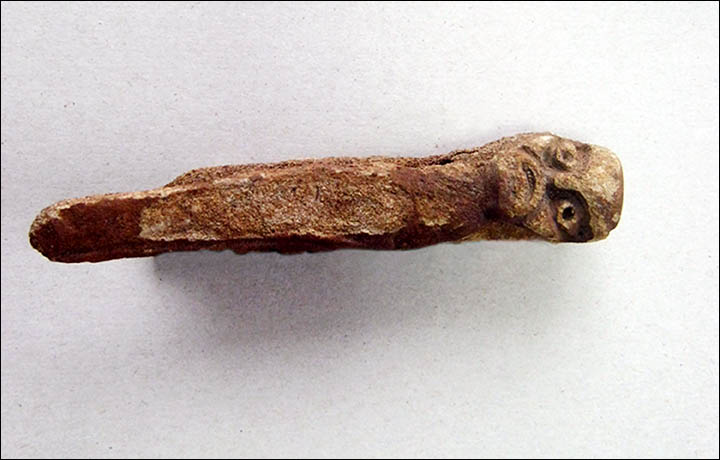