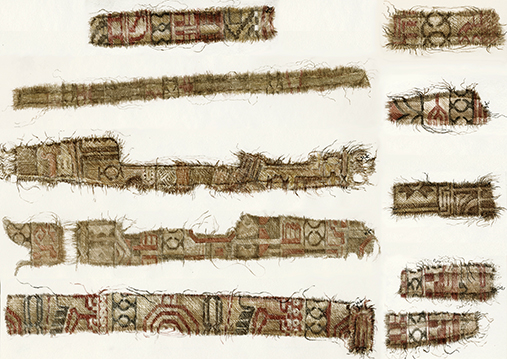 OSLO, NORWAY—More than 100 years ago, when the Oseberg ship was discovered in a burial mound dating to the ninth century, researchers recovered small silk fragments thought to have been looted by the Vikings from churches and monasteries in England and Ireland. But a new investigation by Marianne Vedeler of the University of Oslo suggests that the Vikings maintained trade networks with Persia and the Byzantine Empire by traveling along Russian rivers. She has found evidence of 15 different textiles in the Oseberg ship, many of which feature patterns and motifs from the Persian Empire. The medium-quality silk had been cut into strips for use as trimming on clothing. Other textiles in the collection had been woven locally from imported silk thread.
_________________
Vente d'objets préhistoriques reconstitués :
http://revivre-la-prehistoire.wifeo.com