(Courtesy The University of Buckingham)


BLICK MEAD, ENGLAND—The 8,000-year-old charred bones of a toad have been unearthed at Blick Mead, in Wiltshire, England, about a mile away from the site where Stonehenge was eventually built 5,000 years later. “They would have definitely eaten the leg because it would have been quite big and juicy,” said David Jacques of the University of Buckingham. The people of this Mesolithic settlement also enjoyed aurochs, wild boar, red deer, and hazelnuts. “People are utilizing all these resources to keep going and it is clearly a special place for the amount of different types of food resources to keep them going all year round,” he added.
_________________
Vente d'objets préhistoriques reconstitués :
http://revivre-la-prehistoire.wifeo.com 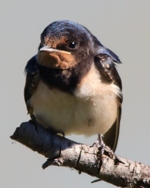