Japanese anthropologists and neurobiologists who have analyzed 4.4 million-year-old Ardipithecus ramidus fossils and compared modern monkey and human behavior now conclude that our ancestors developed the ability to use tools before they were able to walk upright. 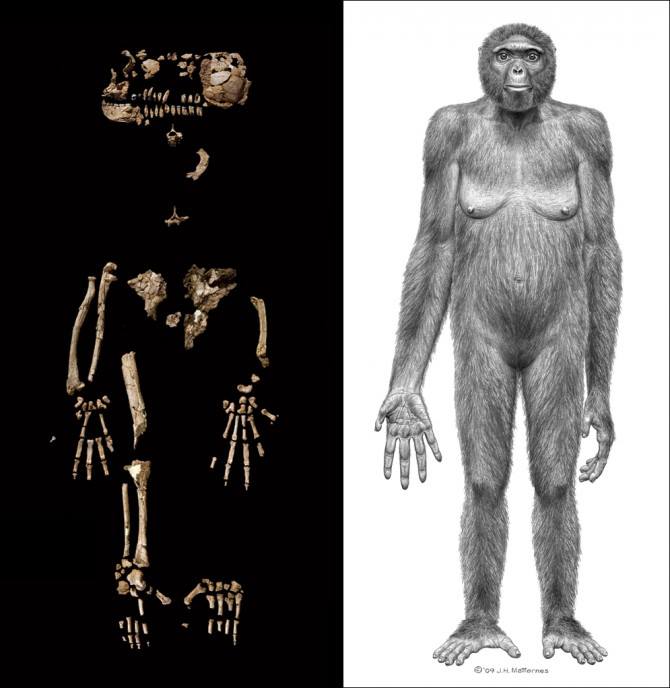 (Image courtesy of RIKEN)
TOKYO, JAPAN—It had been thought that fine manual dexterity evolved in human ancestors after they freed their hands with bipedal locomotion, but new research suggests that hominids were able to use tools before they developed the ability to walk upright. Neurobiologist Atsushi Iriki and anthropologist Gen Suwa of the University of Tokyo Museum, and scientists from the RIKEN Brain Science Institute, examined monkey and human behavior, and fossil evidence from 4.4-million-year-old Ardipithecus ramidus. They also created somatotopic maps of the areas of monkey and human brains responsible for touch awareness in individual fingers and toes. The researchers found that primate and human fingers are all represented independently on a touch map. And, while all of a monkey’s toes are combined in a single map, human big toes have their own map. “In early quadruped hominids, finger control and tool use were feasible, while an independent adaptation involving the use of the big toe for functions like balance and walking occurred with bipediality,” they said.